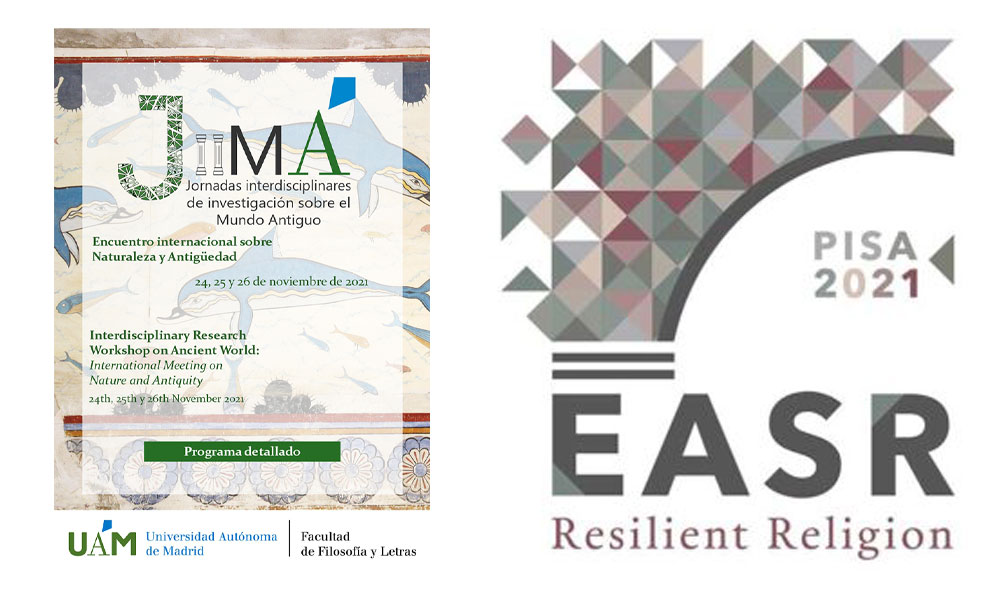 Researcher Manuel Mayo has participated in the 18th Annual Conference of the European Association for the Study of Religions and he will participate in the JiiMA 2021.

From August 31 to September 3, the 18th Annual Conference of the European Association for the Study of Religions was held in the city of Pisa, an annual meeting held by the EASR. The theme of the congress this year was resilience in religion and dozens of researchers from the most diverse fields presented their proposals on this issue.

Within this framework, the researcher in training Manuel Mayo participated in the panel Gods don´t die with a presentation entitled “Shamanism: a new approach to the animal presence in Indo-European religions”. In it, he presented Indo-European shamanism as an example of resilience in religion and showed the bear as an animal capable of reinventing itself and adapting itself in the different religious systems of Indo-European traditions.

In turn, this same researcher will also participate in the Interdisciplinary Research Conference on the Ancient World (JiiMA) that will be held at the Autonomous University of Madrid, between November 24 and 26. The objective of these conferences, whose theme will revolve around nature and its relationship with Antiquity, is to offer researchers from the different areas related to the study of the Ancient World the possibility of presenting their work and learning about the research fields of their colleagues in a relaxed and international academic environment. Thus, the researcher-in-training Manuel Mayo will be part of a table on Rituality with a presentation entitled “Birds of bad (and good) omen: a shamanic approach to the Indo-European motif of the language of birds.”