New Edition of Books XIII, XIV and XV of the Greek Anthology 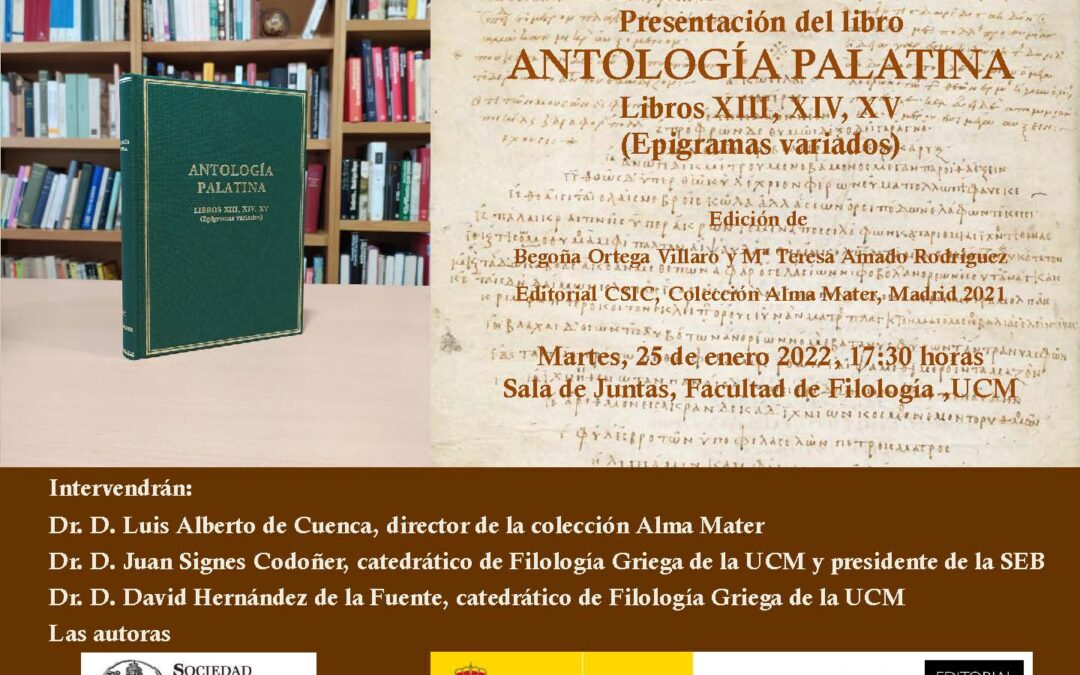 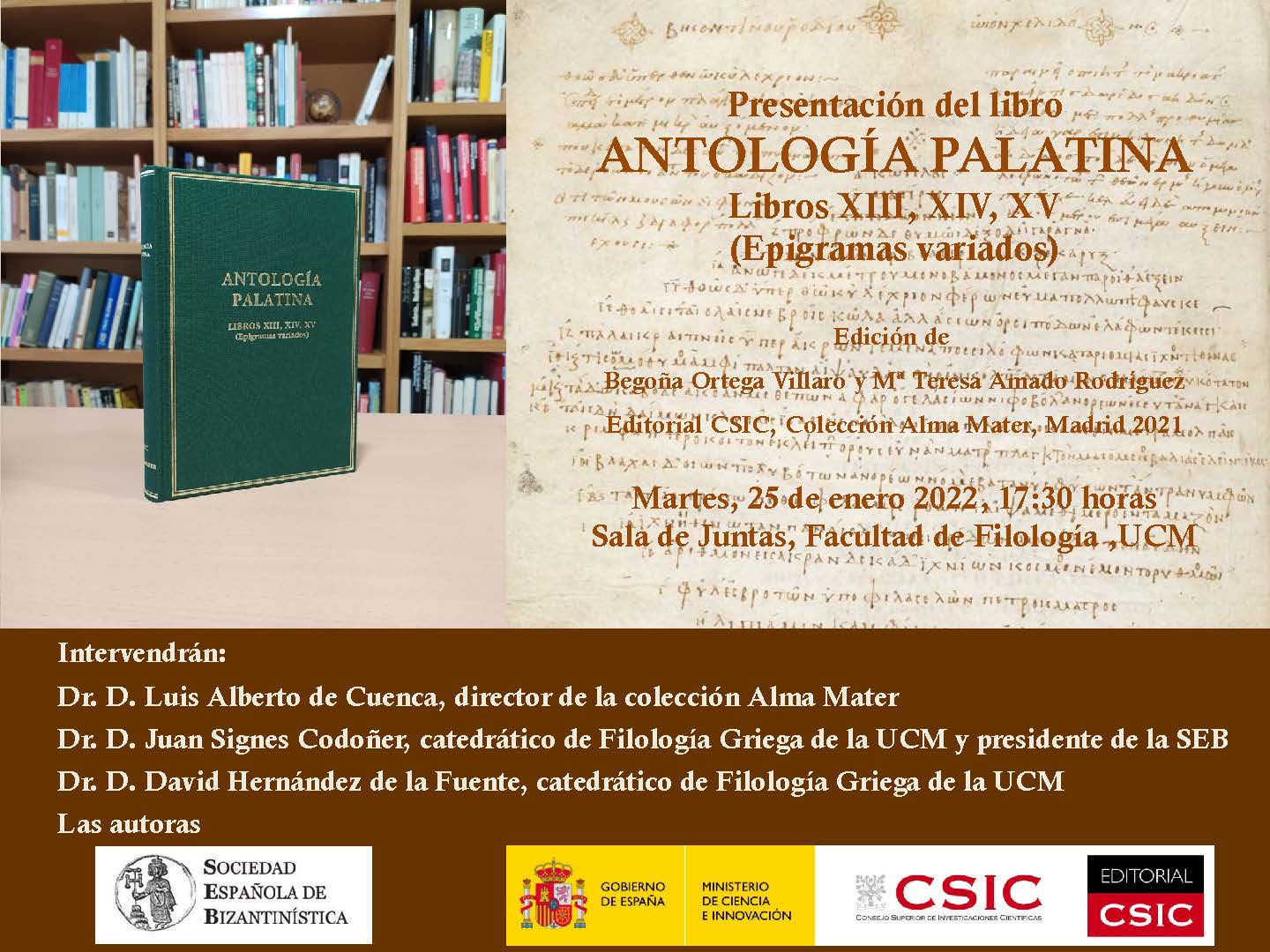 The Alma Mater collection of classic texts, edited by the CSIC, has just published the new edition of the last three books of the Palatine Anthology. The authors, Begoña Ortega and María Teresa Amado, have revised the Palatino 23 manuscript, as well as the syllogai, the apograph tradition and the most recent conjectures. The edition incorporates the short scholia in the margins in the same position as they are in the manuscript and adds the long ones in the final appendices, together with their translation. Especially useful are the concordances, which allow texts to be located in the manuscript tradition. In addition to a brief general introduction, each book has its own, as well as the translation, accompanied by almost a thousand notes. The book will be presented at the XIX Conference on Byzantium, organized by the Spanish Byzantine Society.