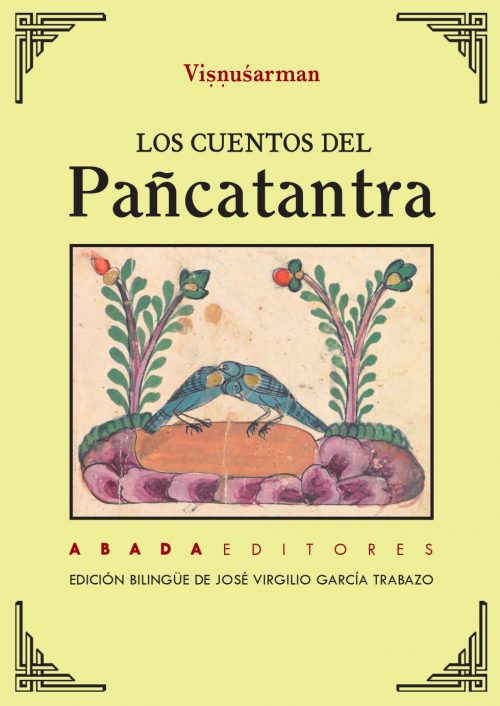 The collection of fables that bears the name of Pañcatantra (‘The Five Books’) constitutes one of the fundamental works of the classical Sanskrit literature. This edition offers the first Sanskrit-Spanish bilingual version, made on Edgerton’s critical edition of 1924. It is one of the main sources of fabulistics, both European and Hispanic; through one of its versions into the Persian language, it gave rise to the Calila e Dimna, translated from Arabic into old Spanish in the 13th century. It constitutes a distinguished example of the use of animal fables for the transmission of the political and worldly wisdom of classical India, which came to have a notable influence on Western thought and politics from the Middle Ages, constituting one of the ideological sources of “Machiavellian” political theory itself. Wrapped in a unique literary style, the teachings of the Pañcatantra are multiple: in it we find a detailed knowledge of nature and especially of animals, a deep and subtle approach to the most varied ethical and moral problems, in its political aspect but also as a practical guide for everyday