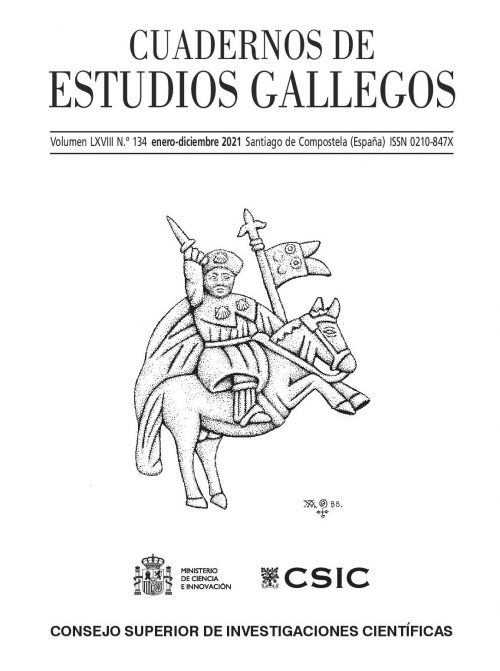 This article reviews the status quaestionis of the Romance de Don Gaiferos, one of the most popular pieces in the Galician repertoire despite the fact that specialists in popular literature have practically certified its character as a forgery, in which his discoverer and first editor, Manuel Murguía, could have been involved.

Without opposing this judgment, the article concludes that, although Murguía may be, indeed, responsible for the final way in which the romance is known, nuclear elements of the argument (already put in relation by Murguía with a event starring Guillermo X de Aquitania) and the protagonist’s own name (Gaiferos) belong to a collection of genuine materials. To do this, the article defends, on the one hand, the authenticity of the historical event itself, the pilgrimage and death of Guillermo X in Compostela in 1137; on the other, the association of the epic figure of Gaiferos with the Aquitanian ducal house since the Xith century is described. Finally, the literary character of Gofarius Pictus from Historia regum Brittanniae (1,16-18) is shown to be a malevolent allusion by Jofre de Monmouth to William the 10th, explained as part of a curious controversial exchange between the British author and Aimerico Picaud (Liber sancti Iacobi 5.7). All this prompts us to review the cataloging of the Gaiferos de Mormaltán as a simple falsehood, since it seems rather to be a factitious work, that is, a modern reworking of authentically medieval literary materials.